On a separate part of this blog is a section of special notes about The Happy Hollisters. One of the notes is about a first edition of Mystery of the Little Mermaid. In all my many years of collecting The Happy Hollisters, it was only recently that I found a 1st edition of that book that has an error on the dust jacket. That error is the fact that the scene of the Hollister children playing along a yard fence on the spine of the dust jacket is missing. Till this day, this is the only such error I had ever seen on the dust jackets of this series. And that was a serious error. The funny thing about this is that until a few years ago, I had never seen this book with that error, but since the first time I noticed this, I have seen similar first editions of that book on eBay and now in an antique mall.

I just finished a weekend trip to the Dallas-Fort Worth, Texas area and at the Montgomery Street Antique Mall in Fort Worth, I found several first editions of the Happy Hollisers, including Little Mermaid. I was with a friend who noticed that the previous owner, Yvonne, had marked on the dust jacket of Little Mermaid. In the list of Happy Hollisters volumes on the back flap of the dust jacket, there was a mistake that Yvonne corrected. The sixth volume of the series, at Snowflake Camp, is misspelled to read: at Snowflake Cave. I missed this on the volume I own, which didn't have the luxury of having Yvonne correct it. Here is a picture of the error from the back flap of the dust jacket of The Mystery of the Little Mermaid. Hit the link for a closer look:


NEW: I recently noticed on an eBay auction that some editions of the Happy Hollisters and the Castle Rock Mystery had a title page with no pictures of the Hollister children. This book was a dust jacketed version, but I have the same thing in a picture cover edition. I believe later printings corrected this, so I am guessing this happened in only a few early printings. I cannot recall ever seeing this before, so it is another unique mistake Doubleday & Company made. 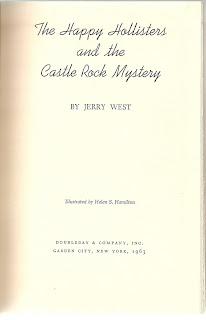 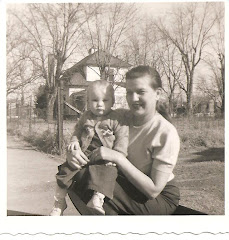 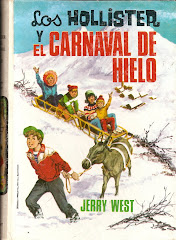 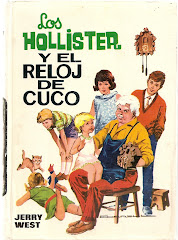 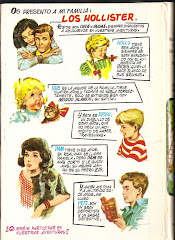 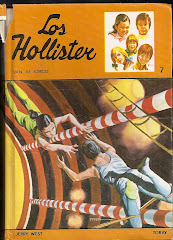 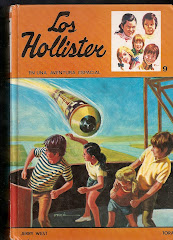 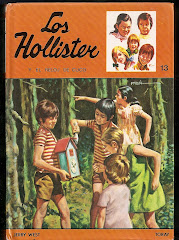 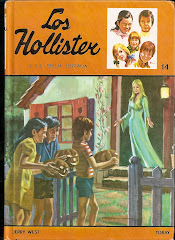 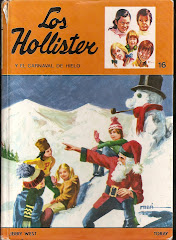 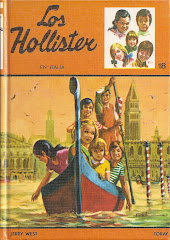 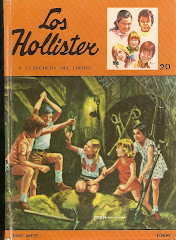 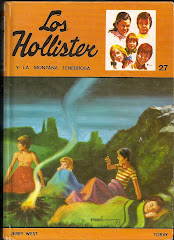 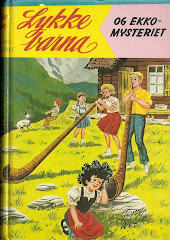 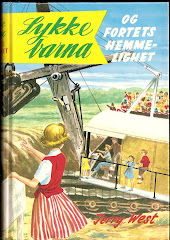 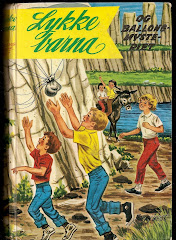 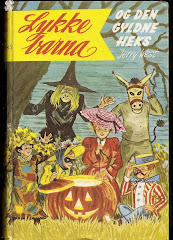 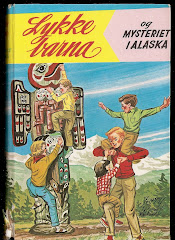 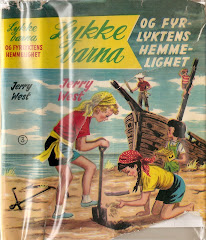 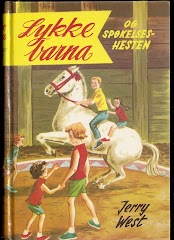 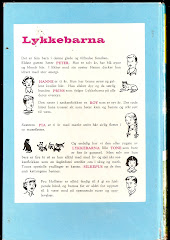 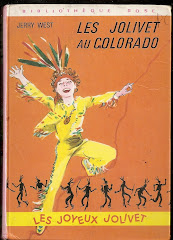 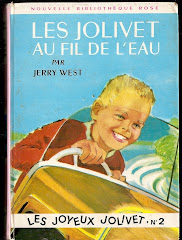 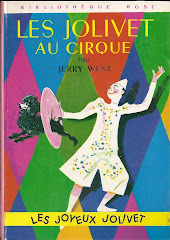 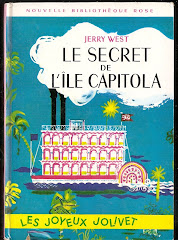